An alternative to SMS will be the new RCS message format, created as a result of cooperation between the GSM Association and the Internet giant Google. Probably by its introduction, text messages will become obsolete and possible to be completely out of use. According to GUS research, the era of SMS in Poland is not going to end yet.

How is SMS different from RCS?

It is worth knowing the basic difference between Short Message Service (SMS) and Rich Communication Services (RCS). RCS can transfer files of any size, photos and videos can then be of high resolution. Group calls, video conversations and other messages that cannot be sent by SMS will be possible. And here the question arises as to what RCS will be better than the existing technologies on the market: Facebook Messenger, WhatsApp or Skype? Will Google surveillance affect RCS publicity and displacement of the most popular news format ever?

According to the latest statistics, 92% of Poles are mobile phone users, of which 54% are smartphone owners. Mobile calls (to our and foreign mobile networks) and SMS are still in the first place. Only then can Internet connections and smartphone apps be found.

SMS will not lose their popularity in Poland

According to GUS data from September last year, the number of SMS in Poland increased by 557 million. This proves that SMS messages in our country will be the leader among instant messengers for a long time to come. Why are we so used to texting? SMS are universal, proven, effective and fast. We can send them from the simplest cell phones. Special operating systems are redundant, as in the case of modern applications. Besides, there are still places in Poland that do not have access to the Internet. That is why the average Pole prefers to use text messages when he urgently needs to inform his family or friends about something.

SMS messages are also useful abroad. Instead of making expensive calls and using data transfer, travellers prefer to send text messages (the cost of which has dropped from 6 cents to 2 cents this year).

Will Google and GSMA convince the public of their invention?

Increasing share of mobile applications in communication is a natural progression resulting from the development of the mobile market. As practice shows us, despite new ways of communicating, e.g. Facebook Messenger, text messages are still at the forefront. What is more, mobile versions of instant messengers or mobile applications coexist perfectly with SMS and often even complement each other.

The intriguing thing is that the business card of the RSC format will be Google. Work on RCS has been going on since 2007, and Google's intervention may significantly accelerate it and popularize the new format. At the beginning it is supposed to be intended for Android, but it is also supposed to be available on open source software.

It is also important to pay attention to the level of skills of operating smartphones, and thus the application. Still, for many users, supporting this software is a big challenge. Therefore, the moment when RCS will replace SMS notifications, or equal the level of popularity of e.g. Facebook Messenger we can consider as a distant future. Smartphones are used most often by people under 34 years of age.

It will not be long before we know whether the application is able to break through the competition. Among the cult SMS and increasingly newer social messengers, the RCS can wait a long time for recognition.

Oracle Eloqua - what is it and why does it help...
Positioning of online shops -... 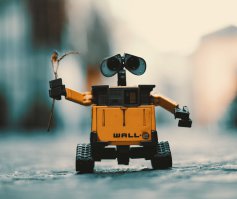 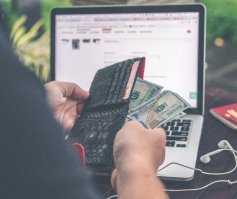 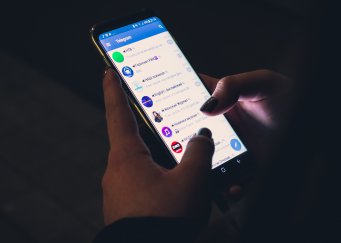 An alternative to SMS will be the new RCS message format, created as a result of cooperation between the GSM Association and the Internet giant Google. Probably by its introduction, text messages...

What is a 3D FDM printout?